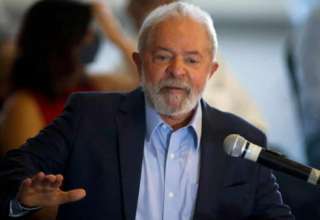 The Brazilian Supreme Court ruled on Tuesday that Judge Sergio Moro was biased when in 2017 he convicted left-wing former president Luiz Inácio Lula da Silva for corruption. The verdict is a new boost for Lula, who wants to make a political comeback.

Three of the five judges of the Brazilian Supreme Court believe that Moro was biased. Two weeks earlier, the Supreme Court ruled against the former president. This leaves the way open for 75-year-old Lula to take on the right-wing populist president Jair Bolsonaro in the elections next year.

Under Lula, Brazil experienced an economic boom between 2003 and 2010. Although his 26 years in prison for bribery tainted him, he is still considered one of the most popular politicians in the country.

The case against Lula arose from Operation Lava Jato (car wash). The in-depth anti-corruption investigation put many in the upper reaches of Brazilian politics and business in a bad light.

Monday’s ruling is a hard blow to judge Moro, who played an important role in the Lava Jato trials. Lula and his supporters accuse Moro of participating in a conspiracy to prevent Lula from running for election in 2018. The former president was a favorite.

In 2018 Bolsonaro was elected, who then appointed Moro minister of Justice. Some high-ranking judges who ruled that Moro was biased emphasized this in their ruling.