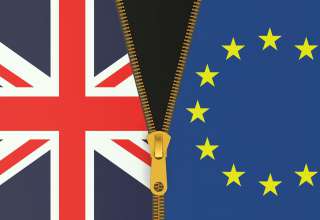 More than 70 lobbyists in British business sectors, who collectively employ more than seven million workers, are making a final attempt to persuade politicians to return to the negotiating table on the Brexit. They want to prevent the UK from leaving the European Union without a trade agreement, writes The Financial Times on Sunday.

These include representatives of the farmers, the retail sector and the car industry. They hope that a compromise will still be reached and that a hard brexit will be avoided. ,With compromise and tenacity, a deal can be made. Companies Call leaders from both sides to find a way’ ” the newspaper quoted the groups from a statement.

Whether the difficult Brexit negotiations continue is very uncertain. British Prime Minister Boris Johnson said on Friday that the UK should prepare for a no-deal scenario. His spokesman added that the difficult negotiations on London are over unless the European Union adopts a fundamentally different attitude in the talks.

Johnson initially set a deadline last Thursday for an agreement to be reached on a new trade deal. If not, he’d pull the plug on the negotiations. At the end of their summit, the 27 EU leaders called on the British government to ‘take the necessary steps to make an agreement possible’, otherwise the no-deal scenario would come out.

The United Kingdom left the European Union on 31 January, but is still bound by most of the country’s rules in the transitional phase until the end of the year. If there is no agreement on the future relationship by 31 december, mutual trade will fall back on the very basic rules of the World Trade Organisation (WTO). This creates additional barriers, which are likely to cause significant economic damage. For many goods, import duties are reintroduced at the border, and customs controls are expected to cause congestion of lorries at the border. In principle, trade between Australia and the EU also comes down to those WTO rules.

Johnson prefers a trade agreement as the EU has concluded with Canada, but now concludes that ’this will not work’. Important issues remain the access to British waters for fishermen from EU member states and the so-called level playing field. The latter means that British companies must comply with European rules on, for example, the environment, competition and workers ‘ rights if they are to maintain free access to the EU market. This is a sensitive issue in London, because the UK would still be bound by EU rules that the brexit wanted to get rid of.