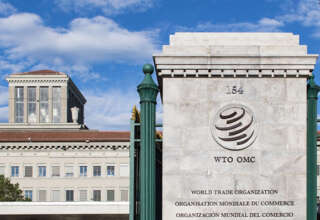 The United States violated international trade agreements when tariffs on aluminum and steel were imposed under former president Donald Trump. This was decided by the World Trade Organization WTO. The United States rejected the organization’s decision. Nor will it lead to the removal of taxes.

Under Trump, in 2018, import duties of 25 percent were imposed on global imports of steel and 10 percent on aluminum imports. Trump cited national security as an argument for the measures. However, according to the WTO, fundamental WTO agreements were violated, according to a dispute settlement panel in a series of rulings published on Friday.

According to the WTO panel, the US national security claims are “not justified” because the measures were not taken “in time of war or other emergency in international relations”. The U.S. “emphatically rejects the misinterpretation and conclusions” in the report. The country also does not intend to nullify the measures, according to Washington.

The panel sided with China, Norway, Switzerland and Turkey. In doing so, the US was encouraged to bring the measures into line with WTO rules. The ruling is unlikely to have much impact on U.S. metal producers. That’s because the U.S. can veto and appeal within 60 days. These types of Appeals cannot currently be dealt with, as the US paralyzed the appeals body in 2019.