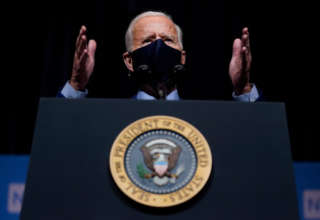 Wisconsin, a crucial state that gave Joe Biden his victory over Donald Trump, is a natural destination for the presidential visit. Biden paid attention to such topics as education, healthcare and COVID-19 preventative measures. Meanwhile, his party in Washington still assess the reputational damage caused by the failure of impeachment of D. Trump.

Joe Biden is trying very hard to be president while much of the rest of the political class is still fighting the race he already won.

In his first such event of his presidency, Biden took questions at a network town hall Tuesday night and went full-on policy nerd and grandpa-in-chief, fielding questions on everything from getting a vaccine to (not) defunding the police to when and how to reopen schools.

He rejected the idea of “defunding” the police, saying more money needed to be spent to have better community policing – including making sure people of color were not presumed to be criminals. He said public defenders should be paid the same as prosecutors and talked about quashing “prosecutorial discretion” that leads to low-income Black people getting talked into pleas because they can’t afford good representation.

He said all Americans will have access to a vaccine for COVID-19 by the end of July – though he cautioned at the CNN town hall that those vaccines might not be in everyone’s arms by that date – and said K-8 schools could be largely reopened by the end of his first 100 days.

When a second-grader asked if she might get the coronavirus and die, Biden – full of “honeys” and other terms of endearment for the girl – assured her she was much less likely to get the virus, because of her age. “I wouldn’t worry about it, baby. I promise you,” Biden said. “Don’t be scared, honey. You’re going to be fine.”