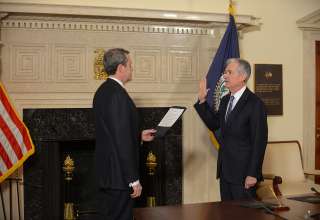 The United States’ economic recovery from the corona crisis will be challenging and there is no quick fix, Chairman Jerome Powell warned the country. It has been said after pumping up billions in the stock market each day.

According to Powell, the US economy will eventually climb out of the trough, but it will take time and work. “The path ahead is likely to be very challenging,” said the central bank president, in a video conference. Lives and livelihoods have been lost in the pandemic and uncertainty is high, Powell said.

Powell appeared in the United States Congress earlier this week to explain the Fed’s policy against the crisis. He stated at the time that it is still highly uncertain how the US economy will recover and that it is necessary for a full recovery that people have confidence that the virus is under control. He said he did see cautious signs of economic recovery in the US.

Minneapolis Federal Reserve driver Neel Kashkari said the US economic recovery could take longer than previously believed, and if a second wave of corona infections comes, unemployment could rise again. He also believes that large US banks now have insufficient financial buffers and that they should stop paying dividends and raise more capital to strengthen finances.