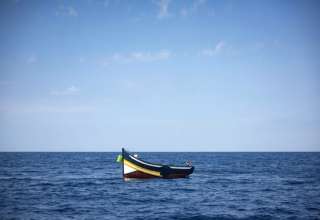 The US Senate decided on Friday not to hear new witnesses or to request new documents in the impeachment process against President Donald Trump. The senators will pass their verdict on Wednesday 5 February.

“America will remember this day when, unfortunately, the Senate did not fulfill its responsibilities and agreed to a show trial,” said Democratic leader in the Senate, Chuck Schumer, afterwards.

In addition, the President did not mention that his White House refused any form of cooperation in the House of Representatives’ settlement investigation, even when the witnesses in question appeared there.

The Senate will vote on Wednesday 5 February around 10 p.m. (Dutch time) whether Trump is guilty or not. That was announced by Republican Senate President Mitch McConnell. In the days before, the senators still have the opportunity to explain their vote.

The vote will take place one day after the State of the Union, the American ‘throne speech’. That is a small defeat for Trump and some Republican senators who would have liked the president to be released for his speech.

Other Republicans want to have the opportunity to explain their vote on Trump’s debt and to convince their Democratic colleagues. Senators do not speak during the trial itself, but in the past they were allowed to express their final judgment behind closed doors.

The Democrats are against a hasty settlement. Their Senate leader, Schumer, said on Friday that his party does not want the final phase of the process to be “rushed through in the middle of the night”.

Trump is accused of abuse of power and impediment in Congress. A removal case is not a criminal but a political process. Because of the Republican majority in the Senate, it was clear before the trial began that he would almost certainly be acquitted.

The Democrats argue that it is the constitutional duty of Congress to control the president, even if political relations make deposition unlikely.