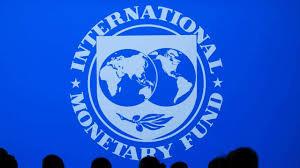 The International Monetary Fund (IMF) has revised up its economic forecast for the United States. Due to the corona crisis, the organization is still very bleak in its forecast for the largest economy in the world, but the picture looks a bit less dark than the large June estimate after in-depth research.

The US economy is likely to shrink by 6.6 percent this year, the surveyors now say. In 2021, the economy will pick up again by 3.9 percent. Last month, the IMF forecast an economic contraction of 8 percent this year, followed by a 4.5 percent recovery next year.

The adjustment follows a more extensive investigation into the state of the American economy. The IMF conducts such a study in every country every now and then, and it happened to be the US’s turn now. The IMF researchers point out that the new predictions are still very uncertain. A new large-scale lockdown could just throw a spanner in the works and in recent days the number of new corona infections in the country has been increasing rapidly.

The research report states, among other things, that the US economy is currently receiving unprecedented support from aid measures. Still, the IMF expects the economy to contract 37 percent in the second quarter. This is a so-called annualized calculation. In addition, the quarterly performance is extended imaginary over a whole year.

Due to the corona outbreak, many stores had to close temporarily. Industrial production also partly came to a halt. Several large US companies have already announced significant redundancies. There will probably also be many bankruptcies in the coming period, but how much exactly does the IMF dare not say. Partly for this reason, the fund urges the US government to provide additional support for the economy. This may help relieve the pain a bit.

Economists fear that the poorest households in particular will be the victims of the crisis. That’s a result of social inequality that has existed in the US for some time. The pandemic has also highlighted a number of structural shortcomings of the U.S. health system, according to the IMF. Now, access to care is still very dependent on whether someone has a job and sufficient income, the fund says. Much poorer people would therefore be left out.