Home Politics How dare you to speak against the doom prophet? 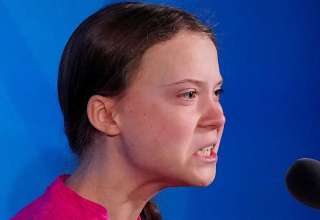 “America is winning like never before. We are in an economic growth phase that the world has never seen.” That’s how US President Donald Trump started his speech at the World Economic Forum in Davos.

Traditionally, world leaders and board chairmen gather at the event to discuss economic issues. Two years earlier, Trump also spoke at the conference at the start of his presidency. “I then started the big comeback,” he said today.

Climate change is one of the biggest topics at the World Economic Forum, but Trump mainly wanted to put the flourishing of the US economy on the agenda. The economy is growing more than ten years in a row, the longest period ever measured.

He did, however, announce that the United States is taking part in the 1 trillion tree initiative, which is trying to plant more trees worldwide.

“It’s time for optimism,” says Trump. “We must reject doom images and predictions for an apocalypse. They come from doom thinkers who want to destroy our country.”

Earlier in the day, climate activist Greta Thunberg said that little has been achieved to combat climate change.

“Young people have put the problem on the agenda, which makes people more aware of it. In fact, nothing has actually been achieved yet. Global CO2 emissions have not been reduced.”

She believes that the climate problem should be treated as a crisis.

“That requires much more than we do now. This is just the very beginning.”