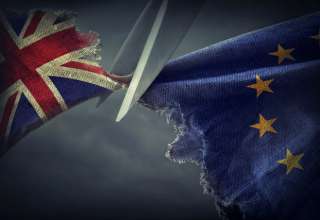 For many of the 1.2 million Brits living in the EU, as well as the 3 million EU citizens in the UK, a no-deal Brexit threatens a spate of life-changing repercussions. And the process is taking a toll on people’s mental health.

“The whole Brexit process has been incredibly abusive and traumatic,” Denise Abel, formerly a psychotherapist for 30 years in the east of London, told The Local from her home in central Italy.

“Keeping people in limbo for over 900 days is abuse,” she added, referring to the time that has passed since the shock referendum result.

In a September 2018 survey of 300 Brits in the EU, conducted by Brexpats Hear Our Voice, 284 respondents said they were suffering from stress or anxiety.

More than two thirds said they had suffered financial losses because of the devaluation of sterling; more than half of those surveyed responded that they now faced strained relations with family or friends and find themselves distracted from work and day-to-day activities. At least a third of respondents said they had trouble sleeping since the referendum.

Facebook groups like Brexpats Hear Our Voice, Remain in France Together, or British in Europe’s country chapters often serve as the only support groups for Brits living in the EU and experiencing the in-limbo effects Brexit is having on their lives.

There are no official figures about the impact Brexit is having on the mental health of some of the most vulnerable British citizens living in the EU. Most people The Local has interviewed recently estimate that “thousands” of Brits across the EU are experiencing extensive stress, anxiety and depression linked to the uncertainty about their futures.

It isn’t just Brits in the EU either.

The Existential Academy, a UK-based volunteer company that focuses on psychotherapy and counselling, even has a dedicated outreach program called the ‘Emotional support service for Europeans’. “The Existential Academy in association with the Society of Psychotherapists provides an emotional support service for EU citizens resident in the UK and whose mental health has been adversely impacted by the uncertainty and emotional upheaval caused,” says the project’s website.

In Limbo and In Limbo Too, authored by Elena Ramigi, are a collection of testimonies of EU citizens in the UK and Brits in the EU respectively. Both shed light on the plight that many in those demographics are facing.

Those books relied on people being able to express their grief, anxiety and stress in public. “Having been involved in the book, I know that there are many vulnerable people who were too frightened or didn’t feel well enough to make a contribution to the book,” Clarissa Killwick, who was involved in the research, told The Local.

“The loss of our home is less worrisome than Brexit”

When Denise Abel and her husband moved to Italy in 2012, they didn’t expect to end up living in subsidized 40 square-metre emergency housing. But after an earthquake destroyed their host village of San Pellegrino di Norcia in central Italy, in October 2016, that is what happened. Their home was turned into rubble.

“We have been re-homed four times since the earthquake,” Denise told The Local.

The stone house Denise, 62, and her husband Richard, 64, purchased and restored in Umbria was razed to the ground in what was the most powerful earthquake in Italy for more than three decades.

Amazingly, neither incurred serious injuries. Despite the strength of the earthquake, nobody was killed, even if the old historic centre of Norcia and the surrounding areas, where Denise and Richard owned a home, were largely destroyed.

Suddenly displaced, the couple spent a week with friends, then moved to another nearby town for two months, before buying a caravan and returning to their destroyed adopted hometown. Shortly before Christmas 2016, Denise and her husband were re-sheltered in one of 600 temporary homes built by the Italian government to accommodate earthquake victims.

Besides the trauma of being struck by such a natural disaster, Denise has had to contend with the added uncertainty of being a Brit in Europe. “The loss of our home, devastating though it was, is far less worrisome than the potential consequences of Brexit. 900 days of uncertainty takes a toll,” Denise told The Local.

“The anxiety around Brexit is huge for me”

Anxiety and stress have become mainstays for many Brits in Europe watching the Brexit process unfold. There is hardly any light at the end of the tunnel for thousands, if not millions, of vulnerable Brits now trapped between a rock and a hard place. Brexit threatens EU-based Britons’ healthcare, their access to work and education, the lives of their children, and much more.

Research conducted by advocacy and support group Brexpats Hear Our Voice also highlights how Brexit is taking its toll on the morale and psyche of many Brits in Europe.

In many cases, women are the most disproportionately affected demographic – single mothers with children, for example.

“I am happy to share my story because the anxiety around Brexit is huge for me,” says Joanna, a single mother of five children surveyed by BHOV, whose name has been changed to respect her wishes. “No German partner, no German job, reliant on social money,” adds Joanna, outlining her circumstances.

Two of Joanna’s children have special needs. In 2012, Joanna and her partner separated; in 2013 she gave up her job to look after her two autistic boys full time.

“My children have good schools and therapists and luckily the German system allows me to be home with them. But I honestly don’t know how we will be if we have to leave,” she says, adding that any move would uproot her children and entail severe financial difficulties.

Helen (again, name changed) has been in France since 2002. She has her own concerns about how her career could be derailed by the loss of freedom of movement, but she is equally concerned about some of her most vulnerable acquaintances.

“I know one person, for example, who is mentally unstable and unable to deal with his affairs. And lots of pensioners and ‘just getting by’ families who definitely don’t meet income requirements and in some cases are on French benefits or at least income top ups,” says Helen in BHOV’s study.

For many elderly British citizens living in the EU, concerns revolve around access to healthcare. “I have three ‘pre-existing’ conditions – lymphoma (eleven years in remission); atrial fibrillation and tachycardia; COPD, asthma, bronchiectasis, and emphysema. My medication costs are +/- €300 a month,” Simon, 67, told BHOV’s researchers.

Simon says a no-deal Brexit would force him to return to the UK, as the costs of health insurance are unaffordable – between 12,000 and 23,000 GBP per ear.

“Should there be no agreement, we will have no choice but to sell our house here and return to the UK, where my medical costs will be borne by the NHS exactly as they are now,” added Simon.

“We won’t be entitled to healthcare under a no-deal scenario.”

For Denise Abel in Italy, the future is uncertain.

“At the moment we are eligible for reconstruction funds, which are dependent on us being residents in Norcia. In the event of a no-deal Brexit, we would no longer be eligible,” she told The Local.

While Italian authorities are unlikely to evict an elderly British couple from their subsidised temporary accommodation, technically they could if Brits in Italy become ‘clandestini’, paperless migrants, after March 29th, 2019. Brits are set to become illegal migrants if the UK exits the EU without a deal, according to grassroots campaign group British in Europe.

Denise and her husband are both on daily medication, another cause for anxiety looking ahead. “We won’t be entitled to healthcare under a no-deal scenario. Our S1 ([EU health insurance scheme] depends on getting the deal through,” says Denise. Local doctors will only give prescriptions for a single month ahead.

This leaves Denise and her husband Richard in a difficult situation, whereby their best option, should a no-deal unfold, would be to try and obtain a couple of post-dated prescriptions from their doctor on March 28th, 2019 – the latest possible date for such a medical contingency plan.

It isn’t just medical concerns that couples like Denise and Richard have. Denise’s husband is an engineer who works with waste oil. “He’s losing work because of the uncertainty,” Denise told The Local: employers are simply unable to confirm contracts for Richard without knowing what his future legal status will be.

Just over 100 days before the expiration of Article 50, Brits in Europe still don’t know whether they will be left in a residential no-man’s land after March 29th next year.