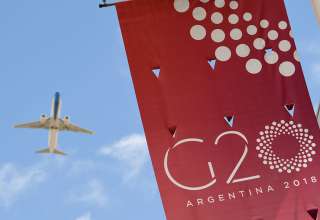 International agreements must be reached on a minimum level of tax paid by companies in order to strengthen the fight against tax havens. That is what the US Treasury Secretary Janet Yellen said in a speech on Monday evening. She wants to talk to the G20 about this.

The plan for a minimum level of tax paid by companies must put an end to what Yellen calls the “30-year race to the bottom.” According to her, this has resulted in an unhealthy erosion of government corporate tax revenues.

As a result, according to the minister, governments are not sufficiently able to respond adequately to crises. According to Yellen, the global coronavirus crisis shows the need for healthy tax revenues for governments.

Agreements with the G20 countries should create a global level playing field.

Last February, the member states of the European Union agreed on a bill requiring multinationals to disclose their profit figures and how much tax they pay in each European country in which they operate. As a rule, member states hope to prevent tax avoidance.

The Organization for Economic Cooperation and Development (OECD) also has fair taxation as a focus. The International Organization is currently negotiating with more than 100 countries on a plan to ensure that companies pay fair taxes worldwide. In three months ‘ time, the OECD wants to present that plan.