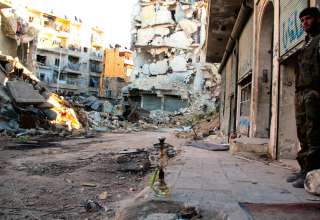 The Americans are back in turmoil because al-Qaida has a new leader! Hamza bin Laden, son of Osama, runs everything and has called for attacks. Here we go again…

Little is known about the son of the most famous terrorist of the past decades. The Americans have therefore awarded a million dollars for those who have information leading to bin Laden junior.

He was born in 1989 and was one of Osama’s favorite sons. Although a part of the bin Laden family distanced himself from his ideology, Hamza thought very differently about that. Hamza had to be his successor. This would appear from letters found at Osama’s hiding place.

In 2017 he was put on the US terrorist list because he would have called several times for a holy war against the West. Because he lived in the shadow of his father, this brings with it a certain authority for jihad sympathizers. They would be too poking to follow someone like Hamza.

According to the AIVD, Hamza would never have explicitly criticized terrorist movement IS. This would make it possible for IS sympathizers to make a ‘caliphate’ via Hamza on a second round. So, that’s good! Do you think you can almost get rid of IS, another dummy pops up and is waiting for a new 9/11.