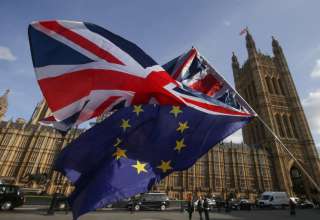 Brits in France must act together with Brits around Europe so a no-deal Brexit doesn’t become a nightmare that ruins their lives in France, argues Kalba Meadows from Remain in France Together.

The People’s Vote march is over – you probably saw it in the media, passing all expectations of numbers with some 700,000 participants.

Among them were around 400 Brits living in all four corners of the EU, who came together to meet and march together alongside our friends the EU citizens in the UK. We walked, we talked, we chanted, we danced our way through London’s streets and if we only made it, because of sheer numbers, as far as Trafalgar Square, it didn’t detract at all from the fantastic sense of solidarity that was the keynote of the day for us all.

But the campaign to defend our rights is not over: even before the wheels of my plane home hit the tarmac it was back to working on the next phase of our vital Last Mile Citizens’ Lobby. And that’s where you come in.

There is an urgency in the Brexit negotiations, and it’s not just the Irish border.

Five million EU citizens in the UK and British citizens in the EU are at risk of losing their existing rights on 29 March without a deal between Westminster and Brussels. And that includes you. If there is No Deal, unless something is done in the next five months 1.2m UK citizens across the EU27 States could wake up as illegal immigrants with no rights on 30 March 2019.

France and No Deal

The French government is taking the possibility of No Deal very seriously, and is proposing to put into place a decree – enabling legislation – that would permit quickly-passed laws for ‘legalising’ Brits living here and protecting at least some of our rights if the worst should happen. It should be coming before the Senate in 10 days or so, in fact.