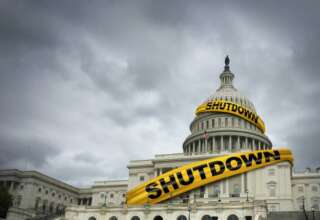 Hundreds of thousands of American civil servants are threatened with temporary unemployment on Thursday night if a political budget agreement is not reached. In the meantime, a catastrophic default is also imminent.

The US budget year ends at midnight on Thursday. As there is no new budgetary agreement yet, public funding threatens to stop. Such a ‘government shutdown’ closes non-essential state services – from national parks to parts of the army to the tax authorities. Hundreds of thousands of civil servants are then temporarily unemployed and receive no wages. At the same time, Americans may have to wait for a pension, social assistance or the tax bill.

In the Senate, the Republican opposition blocked two Democratic attempts to secure funding until December. President Joe Biden’s party is fighting to find a last-minute solution on its own Thursday, although it is not yet clear how.

This would already be the fourth government shutdown in eight years, illustrating how party political polarization in Washington is getting harder. In 2013, the shutdown lasted 16 days, when Republicans attempted to dismantle funding for Barack Obama’s health care. In early 2018, government services under Republican Donald Trump were closed for three days, after disagreement over support program for illegal migrants. And in the Christmas break of that year, the longest shutdown ever – 35 days – began because Trump did not receive funds for his Mexican border wall.

A new closure would come at the worst possible moment. Due to the advance of the Delta variant, another 2,000 covid deaths per day are falling in the US – the highest number since March – which also hampers the economic recovery. Especially if it lasts a long time, a shutdown can damage the country’s consumption and growth.

Even more serious consequences are imminent if the US also hits its debt ceiling. American parliamentarians have traditionally imposed a limit on how much debt the country can incur. Now that’s 28,400 billion dollars, about 130 percent of gross domestic product. Janet Yellen, Bidens Minister of Finance, warned Tuesday that the ceiling could be reached as early as 18 October. If it is not increased, the world’s largest economy will no longer be able to meet its debt obligations. Such a’ default ‘would be’ catastrophic’, according to Yellen.

Republicans here too refuse to help the Democrats set the ceiling sufficiently high until next year. Biden’s party can do this on its own, but through a cumbersome procedure. Meanwhile, the clock is ticking. Wall Street had its biggest loss since May on Tuesday.