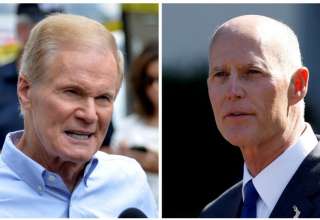 Florida’s hotly contested contest for the U.S. Senate appeared headed on Thursday toward a hand recount with the results still too close to call, the state elections website indicated.

Elections officials were expected to inspect by hand any ballots that were designated undervotes or overvotes, cases where the machine that reviewed the ballot concluded that a voter had skipped a contest or marked more than one selection.

If the voter’s intentions are clear on review by a person, the ballot could be counted