Home Politics Fight against tax evasion gets a boost: Biden supports the introduction of ’tech tax’ 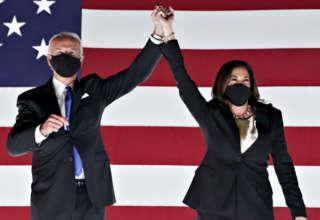 The fight against tax-avoiding multinationals is being stepped up. The US, too, is now calling for a new and fairer global tax system.

For years, the OECD, the club of rich industrialized countries, has been discussing a fair global tax system for international companies. This system must have two pillars. The first is about redistributing profits of multinationals. The idea is to make companies pay income tax in every country where they operate. That makes sense, but it’s not happening right now.

The second pillar is the introduction of a global minimum tax rate for multinationals. This should prevent large companies from settling in tax havens in order to pay as little tax as possible. Earlier OECD research estimated that large companies saved $ 240 billion in tax per year.

Tax avoidance is less and less tolerated. Companies eat both sides is the idea. Governments around the world are facing major deficits, partly as a result of support measures to companies because of corona. If these companies then pay hardly any tax in those countries, it means that the taxpayer pays for the aid, while the profits are for the companies.

With a minimum income tax rate, it is no longer interesting for a company to settle in a tax haven. Even if the tax haven remains below the minimum rate. In particular, other countries can pay if there is too little tax, for example the company’s mother country.

Negotiations on the global tax reform were stuck under the previous US president Donald Trump. But from being an inhibitor in the rear car, the United States has suddenly become an engineer in the locomotive. The US Treasury Secretary Janet Yellen recently announced that the US is also committed to such a minimum rate. If it were up to the US, a minimum rate of 21% would be introduced. Much more than the 12.5% that Ireland, for example, advocates. The latter is not necessarily the rate of income tax currently applied by Ireland.

Now the US has turned around on another difficult point, in particular the area of the tech tax mentioned. That tax was a big split between the US and Europe when Donald Trump was still the US president.

Google earns money from the ads for European users, but does not pay tax on them in Europe. Earnings are taxed in the US, the home country of many tech companies.

In particular, many European countries fell into the wrong throat. Several countries, including France and Great Britain, introduced their own national tech tax. Donald Trump, in turn, did not accept that. American companies pay taxes in the U.S., he said. Trump threatened with import duties on products from countries that introduced a national tech tax.