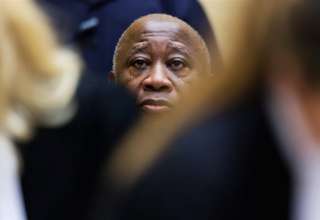 Former President Gbagbo of Côte d’Ivoire may temporarily reside in Belgium pending appeal in his criminal case. He was acquitted last month by the International Criminal Court (ICC) in The Hague and his release was confirmed yesterday.

The release is subject to the condition that Gbagbo must reside in a nearby country until the appeal filed by the prosecutors. The court turned to Belgium and the request was approved, the Belgian Ministry of Foreign Affairs told the Belga news agency.

Gbagbo was prosecuted for his role in the civil war in 2010 and 2011 in Ivory Coast. He refused to give up his defeat at the 2010 elections and about 3,000 people died in the cloud overload that followed.

The former president was summoned before the ICC in The Hague and was held in detention in Scheveningen for seven years. He was suspected of responsibility for murders, torture and rape, but the ICC ruled that there was too little evidence against him.

The now 73-year-old Gbagbo has relatives in Belgium, but eventually reportedly returns to Côte d’Ivoire. He does run the risk of being arrested on return; in January last year he was sentenced in absentia to twenty years in prison for misappropriation of money.