Home Politics Edward Snowden: There is nothing in secret US documents about contact with aliens 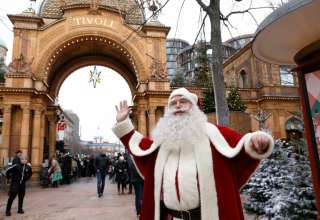 The Americans have no evidence that there is extraterrestrial life. Also the first moon landing in 1969 was not a big map and climate change is indeed a problem. That says former CIA employee and whistleblower Edward Snowden in a new podcast, CNN reports.

Snowden had access to US secret documents while working for the intelligence services. He went looking for answers.

“As far as I know, aliens have never contacted the Earth,” he said. “And if you are curious: yes, humans have actually landed on the moon, climate change is real and chemtrails do not exist.”

The issues that Snowden lists are often questioned by conspiracy thinkers. Chemtrails are, according to conspiracy thinkers, the white stripes that can be seen in the sky behind an airplane. Among other things, they would be there to deliberately spread chemical substances instead of water vapor.

“I really couldn’t find anything about aliens. And if they are hidden somewhere, then they are well hidden. Because even someone from the inside cannot find them, “Snowden said.

Snowden leaked secret documents about espionage activities by the NSA in 2013. He has been staying in Russia since his revelations.

The United States wants to prosecute Snowden for leaking secret information. He showed how far the American intelligence services go in spying on civilians. To this day, he cannot travel freely to prevent US arrest.

Snowden wrote a book called “Permanent Record.” His memoirs are a bestseller. The US filed a case to prevent it from taking advantage of the proceeds from the release. Because he did not give the intelligence services insight in advance and asked for permission, Washington wants to confiscate everything.