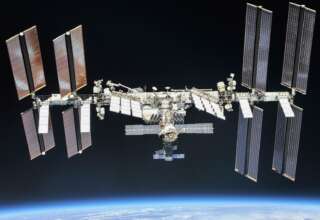 The US space agency NASA and its Russian counterpart Roskosmos have reached a new agreement on joint flights to the International Space Station ISS. As a result, Americans can continue to fly in Russian Soyuz capsules and Russians can go with American spacecraft.

Space is one of the last areas in which the Americans and Russians work closely together. The countries have been partners in the International Space Station for several decades, the construction of which began almost 25 years ago.

The space agencies say the new agreement is in the interests of both countries. Space flights to the ISS are guaranteed in this way, even if one of the countries is experiencing delayed or canceled rocket launches.

Shortly after the Russian invasion of Ukraine, the tone was much less conciliatory. Roskosmos Chief Executive Rogozin said he wanted to sever all ties with the West. He also threatened to crash the ISS because of Western sanctions. The threat was quickly dismissed by NASA boss Nelson. “He fires occasionally, but he has always worked with us,” he said in March.

In september, the first flights under the new agreement will be carried out. Then an American astronaut flies with two Russians in a Soyuz capsule to the space station, and a Russian cosmonaut travels with two American and one Japanese astronaut in a space capsule from the American SpaceX. The Russian is currently practicing at NASA Headquarters in Houston for her mission.

NASA has been completely dependent on the Russians in recent years to transport people to the ISS. After the end of the Space Shuttle program, the United States did not have its own capsule for manned space travel for many years. Two years ago, the commercial SpaceX came up with The Crew Dragon, which allows the Americans to send people into space themselves again.

Remarkably, Russian president Putin replaced the head of Roskosmos just today. This was shortly before the agreement was announced.