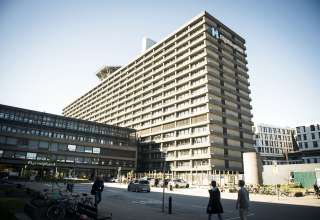 New rules introduced on July 1st mean that people who have lived in Denmark for over three years will have to pay for interpreters if required during medical treatment.

The new rule means that patients that have lived for Denmark for more than three years and do not have the necessary Danish language skills to speak to medics will be billed for interpreter services.

Parliament passed the bill after the government proposal received the support of the Danish People’s Party and the Social Democrats.

Fees will apply to general practice, consultant appointments and acute treatment and hospitalisation.

Regional health authorities will be responsible for collecting fees directly from patients, and translators can be called in to interpret if this is considered to be a necessary measure for optimal patient care. The exact procedure that will be used to bill patients is yet to be determined, sundhed.dk writes.

Patients with reduced physical or mental function or those who have lost the ability to learn Danish, children who attend appointments unaccompanied, and parents who require interpreters on behalf of their children will be excepted from the rule.

Broadcaster DR reported last week that medics are concerned some patients will be unable to pay interpretation fees and that this in turn could negatively impact healthcare.

Patients will be liable to pay 334 kroner for interpretation at doctors’ appointments and 1,675 kroner during hospitalisation, DR reports.

Lise Dyhr, a GP in Brøndby Strand, told DR that the fees could result in patients choosing not to have interpreters at consultations.

“We already spend time during many consultations talking about what type of medicine patients can afford, and then prioritising,” Dyhr said.

“We have a lot of chronically sick patients that must attend regular appointments. For example, people we place on insulin treatment… it will be expensive for them,” she added.

The GP also said that “much of (doctors’) diagnosis and treatment is based on conversation”.

She rejected the argument that patients should be expected to understand Danish after three years in the country.

“I think it is difficult to talk about what’s fair. Go out into the real world and see what it’s like. There are a lot of people who have come here for various reasons and have not been able to learn Danish within the three years,” she told DR.

Minister for Health Ellen Trane Nørby said that patients being unable to afford interpreters should not be a direct concern of doctors.

“With this law we are saying that you have three years to learn Danish. After that, if you can’t pay for an interpreter, you’ll have to find an acquaintance who speaks Danish well enough to translate,” Nørby told DR.

“It’s not the doctor’s problem,” she added.

The Ministry of Health has estimated that the new fees will save the state around 2.4 million kroner (320,000 euros) annually.