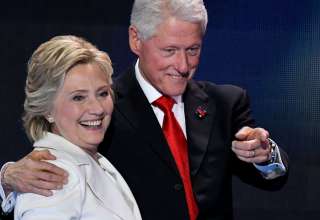 Hillary Clinton may step into the presidential campaign in 2020 and it will be disastrous. Let’s face it: Clinton lost to Obama, Clinton lost at the democratic primaries and only her rogue pressing of her own party saved her candidacy. Only to be defeated by Trump. So why not to try another time? It seems that this idea is still considered bright…

The former Hillary Clinton advisor, Mark Penn, knows for certain: Hillary will come back and join the presidential election in 2020. Not everyone is applauded for the possible return. Analysts warn her: do not do it!

At the end of last month, Hillary Clinton (71) opened the door in a vague way. “I would like to be president”, she dropped at news site Recode at an event in New York. She had just then denied that she would be a candidate again, but she seemed to hesitate.

Last Sunday, an opinion piece by Mark Penn and Andrew Stein – a former adviser to Bill and Hillary Clinton and an ex-president of the New York City Council – appeared in the Wall Street Journal. About Hillary the authors write: “She will not let anything as simple as two astonishing defeats stand in the way of her claim to the White House.”

According to Penn and Stein, Clinton is now ‘untied’ and ‘she will not leave the humiliating loss in the hands of an amateur to end the story of her career’. A reference to the current president, Donald Trump, who will undoubtedly go for a second term in 2020.

The authors speak of ‘Hillary Clinton 4.0’, a more liberal version of the politician. They predict that they may not be competing for the nomination for the Democrats from the beginning, but only when the cover is separated from the choirs. Somewhere around the primaries in Iowa. The authors do not deny that feelings of revenge also play a role: “She has a support rating of 75 percent among the Democrats, an unfinished mission as the first female president, and a personal feud with Trump, whose supporters chanted:” Lock her! ” be avenged. ”

Penn and Stein refer to the Republican ex-president Richard Nixon, who after his loss against the Democrat John F. Kennedy also again nominated for the presidency in 1968 and also won.
Own party

The American news channel CNN is less enthusiastic about Hillary’s possible plans. According to CNN, many Democrats are already quietly in the hair. In the party, many people still have the absolute conviction that last time in 2016 Donald Trump was not the winner, but Hillary Clinton lost it. There was also a reaction in the direction of the Republicans. Advisor Kellyanne Conway tweeted about Clinton’s possible candidacy: “Dear God, please let it be like that”.

CNN emphasizes that Penn and Stein do not speak in the name of Hillary Clinton himself and that it is not an ‘announcement’ from Clinton himself. On the other hand, the channel does not exclude that this is a deliberate move by the Clintons. A pilot balloon to assess chances of success, or to confuse the strategy of the Republicans with a candidate they would not expect at all. CNN hopes that nothing will come of Clinton’s candidacy, “in the interests of the country and of the Democratic party”.

Political analysts Bradley Honan and Arick Wierson, the authors of the opinion piece on the CNN website, fear that Hillary Clinton would not only lose again in 2020, but that she would also split her own party in two. According to them, the current political landscape no longer allows a return to Clinton for the Democrats. They refer to the midterm elections, where demographic diversity stood out among the Democratic winners.

And then there is #MeToo. It remains difficult for Hillary Clinton to assert her voice in it, while she is being mistaken for a woman who did not seem to have any problems with the infidelity of her husband, ex-president Bill Clinton.