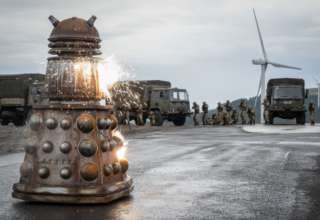 “China is the greatest threat to freedom and democracy since the Second World War.”With these words, John Ratcliffe, the American intelligence chief, has further strengthened the relationship between the two countries. According to him, the threat to China is serious, as the US says it is creating ‘super soldiers’.

In The Wall Street Journal Ratcliffe states that China is currently the greatest threat to American security. “China is about to dominate the world economically, technically and militarily.”

Ratcliffe’s statements about the Chinese army are particularly striking. The director of National Intelligence Service claims to have information that human trials are being conducted.

According to Ratcliffe, these tests are intended to create soldiers with marked qualities.

It’s rumors that have been going on for a long time, rumors about trials that genetically strengthen soldiers.

Whether and how they do it, little is known about it. Last year, two American scientific articles were published which highlighted China’s great interest in using gene-enhancing technology.

Where Western scientists would find this unethical, according to the articles Chinese scientists see opportunities to “revolutionize” the army.

That this is not the first time there have been rumors of super soldiers. “In America itself and during the Second World War people would also have been experimented on.”

Ratcliffe is not the first high-ranking American to say strong words to China. President Trump and foreign minister Pompeo have already spoken of a new Cold War and an ‘arms race’.