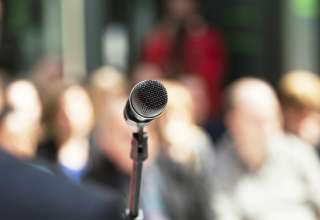 The Netherlands has taken anger from Beijing. The reason is a name change of the Dutch delegation in Taiwan, from ‘Netherlands Trade and Investment’ Office ‘to’ Netherlands Office ‘, a step that gives more weight to the unofficial delegation.

Calls are being circulated on social media and in the state media to boycott Dutch products and to ‘reconsider’ the supply of medical devices to the country in this corona crisis, although suspension seems unlikely, according to analysts.

Last Monday, the Dutch representation in Taipei announced that it would change the name of the office. The Netherlands has no official diplomatic ties with Taiwan, which according to China is part of the People’s Republic. Taiwan is seen by China as a renegade province that should sooner or later return to the direct administration of the communist party. The country therefore asks the Netherlands to “do the right thing in relation to Taiwan”. It is not intended that other countries “open an official office in Taiwan”.

Taiwan explains the name change as a symbol of ‘stronger cooperation in recent years,’ President Tsai Ing-wen wrote on Twitter. The country sees itself as an independent state. “Taiwanese tea goes well with your delicious stroopwafel,” she added.

Thank you @guywittich for years of dedication to strengthening #Taiwan–#Netherlands bilateral relations & cooperation. I hope you’ll take some of our world-famous Taiwan tea back home with you, because it goes so well with your delicious stroopwafel. Bedankt! pic.twitter.com/L5RJpAmL67

The name change, according to the representative on behalf of the Netherlands, Guy Wittich should be seen as a simplification, motivated by the fact that ‘the activities have expanded in new areas’, he said earlier this week in a video message on Facebook that has been taken offline again for unclear reasons.

The Chinese embassy in The Hague has filed a protest with the Ministry of Foreign Affairs and demands clarification. “China cannot respond,” said researcher Ingrid d’Hooghe of the Clingendael China Center.

Taiwan is seen by Beijing as a so-called core interest, a subject on which the party leaders do not tolerate discussion. “Everything that happens in the relationship with Taiwan is always under a Chinese magnifying glass and the case has caught attention, perhaps also through tweets from President Tsai.”

The Global Times, a populist mouthpiece of the Communist Party, hints at Chinese repercussions towards the Netherlands. In the newspaper, Professor of International Relations Li Haidong warns that Beijing may discontinue shipments of medical devices as a result of the name change.

He also says that some ‘trade projects’ may be canceled as a warning to the Netherlands. A message that is only received by a few users on Chinese social media. “It is time for us to boycott Dutch products,” says one of them. And: “we must immediately stop exporting medical products to the Netherlands.”

Germany, France and the United Kingdom previously chose similar names. “So it is something that is consistent with other European countries, and it makes it more consistent with the activities of the Taipei office.”

In the 1980s, Dutch companies were punished by Beijing for supplying two submarines. Something similar is not in line with expectations. “I think the stocking is finished with this,” says d’Hooghe.

The threat of a boycott has not been made by official spokespersons or agencies. And, says d’Hooghe: no one wants to escalate. “The Netherlands depends on China for medical devices in the fight against corona, and it is not in China’s interest to argue while it is already under attack for tackling the corona crisis.”.