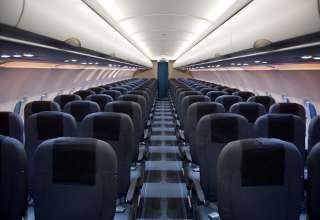 China allows more inbound flights from foreign airlines. Beijing came up with that announcement after the United States announced it would ban Chinese airlines because of China’s travel restrictions on U.S. airline companies, among others.

From June 8, China will let the reins celebrate a little more, aviation authority CAAC announced. Since March, flights to China have been limited to prevent further spread of the coronavirus. Due to the strict policy, foreign airlines are allowed to operate one flight per week to a city in China. Furthermore, the CAAC weekly schedule that was approved on March 12 is leading.

Because the American airlines had stopped all flights at the time, they could not resume flights to China afterwards. The Trump administration responded by announcing that Chinese airlines will not be welcome in the US as of June 16, putting the White House under pressure to allow Beijing to allow US carriers back into the country.

The US government previously said it would reconsider the decision on inbound flights from China if the CAAC changes its policy.

The CAAC now says to increase the volume of inbound flights from international airlines to a maximum of two per week. But only if none of the passengers test positive for Covid-19 for three consecutive weeks. For five positive tests or more, the company is banned from traveling for a week. With ten or more positive tests, flights from the airline are suspended for four weeks.