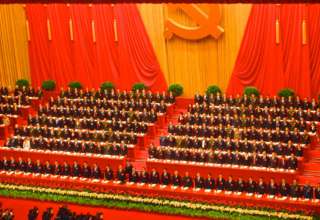 At the National People’s Congress, the Chinese Communist Party was triumphant over everything that has been achieved in recent years.

’ Truly amazing ‘ how well China has performed last year, Prime Minister Li Keqiang said on Friday. While the rest of the world was knocked out of control by the coronavirus pandemic, China got the virus under control, kept its economy afloat and neatly completed its five-year plan. Li sounded satisfied: ‘We responded with great determination.’

It was a triumphant report that Prime Minister Li delivered on the first day of the National People’s Congress, the Annual Meeting of the Chinese mass parliament, which is above all highly symbolic. With seven pages of ‘remarkable achievements‘, and with much more than past years words like’ Success‘,’ victory ‘and ’historical’.

But in addition to triumph, the report also reflected suspicion, in which the words ‘security’ and ‘stability’ were much more common than in 2020 and 2019. A controversial reform of the electoral law in Hong Kong, which the opposition won’t stand a chance making, shows how the Chinese Communist Party (CCP) is an end to every form of opposition.

The Chinese government takes great pride in its successful approach to the coronavirus pandemic. While the small self-employed and SMEs have been affected, the Chinese economy is stable and there is no need for a’ torrent of support measures’, Li said. For 2021, an economic growth target of 6% – modest was announced as usual, according to economists.

“Our work last year was really challenging, but authorities across the country kept the bigger picture in mind and put their shoulders to it,” Li praised. ‘Our people have worked hard and shown themselves to be real heroes. This is a source of strength, which enables us to overcome any difficulty.’

The icing on the cake for Beijing is that the previous five-year plan was also completed on time. China claimed to eradicate poverty, to tackle environmental pollution, to raise living standards and to become an engine of innovation. It experienced a ‘ stream of scientific and technological breakthroughs’, and sent a Mars mission and a lunar mission into space.

This puts China on track in president Xi Jinping’s ambitious project to achieve the resurrection of the Chinese nation by 2050 and become a modern socialist country. “Our achievements, which have received the approval of our people and the recognition of the world, will be remembered in history,” says Li.

Despite all the self-congratulation, the Chinese government also seems nervous, if only because of the measures surrounding the people’s Congress. All five thousand guests, plus staff, must be vaccinated and tested, and must not be allowed outside the Great Hall of the people and their hotel. They all wear masks, except for president Xi and Prime Minister Li. And this in a country that has not detected any local contamination since 7 February.

Beijing sees threats everywhere: the coronavirus remains dangerous, there is international instability, the global economy has weakened. Local governments face debt, financial companies take risks and innovation has weaknesses. Li: ‘We acknowledge our achievements, but are well aware of all the difficulties and challenges ahead of us.’

The CCP’s solution to HK problem is more control, and this is particularly evident in Hong Kong, where protests and a desire for democratisation were the threat. Last year, the people’s Congress launched a national security law for the city, which has now eliminated an entire generation of opposition members. Just last Sunday, 47 pro-Democratic politicians were charged with’ conspiracy to overthrow the state’.

If the opposition had already been decimated, that is not enough for Beijing. At the people’s Congress a reform of the Hong Kong electoral law was proposed, which allows only’ Patriots ‘ as candidates and structurally excludes pro-democratic opposition. The parliamentary elections are almost certainly postponed. For Beijing it is a victory, and at the same time it reveals a weakness: anything less than complete control makes the CCP nervous.