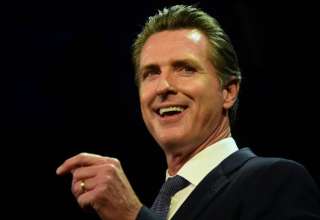 The government of US president Donald Trump announced on Thursday a financial sanction of $ 200 million for the state of California, due to the state’s abortion legislation. In California, health insurance companies are required to reimburse the cost of abortions, which, according to the conservative president, goes against federal law.

The US Department of Health announced on Wednesday that it would be $ 200 million in funding for the state if the law is not withdrawn. This money would be used for the health care of the poorest citizens of California.

Gavin Newsom, the governor of California, calls the financial penalty “petty”. “Women’s health is public health”, says Newsom in a statement. In 2014, the state of California adopted legislation obliging employers and private insurance companies to include the reimbursement of abortions in health insurance.

The Trump government stated earlier this year that California legislation is in violation of federal law. It would restrict freedom of conscience because it discriminates against insurers who refuse to pay for abortions.

“No matter what you think about the legality of abortion, no one should be punished if they refuse to pay, or contribute to, the withdrawal of human life,” said Roger Severino, the director of the office for civil rights department of the ministry of public Health.