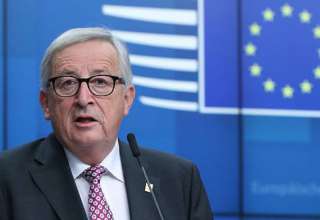 Gibraltar has been ordered to cough up more than €100million by the EU after the Rock was found to have given illegal tax advantages to multinational companies.

The European Commission has deemed Gibraltar’s corporate tax exemption regime for interest and royalties illegal after a five-year probe and has now demanded the British territory hand over the eye-watering sum as punishment. Commissioner Margrethe Vestager, who spearheaded the investigation, said in a statement: “Our investigation has found that Gibraltar gave unfair and selective tax benefits to several multinational companies, through a corporate tax exemption scheme and through five tax rulings. “This preferential tax treatment is illegal under EU State aid rules and Gibraltar must now recover the unpaid taxes. “At the same time, I very much welcome the significant actions taken by Gibraltar to remove the illegal tax exemptions, streamline its tax ruling practice, and reinforce its transfer pricing rules – this should help ensure that these issues remain in the past.”

Initially, the tax exemption mainly applied to interest received on intra-group loans, and royalty income from licensing out intellectual property.

But this came under EU scrutiny in October 2013 along with investigations of several other jurisdictions in Belgium, Ireland, Luxembourg and the Netherlands.

The European Commission found such tax breaks to be selective incentives as unfair state aid and contrary to EU rules on free competition.

Brussels has already ordered Ireland to recover €14billion of “state aid” from Apple.

The Gibraltar government said the decision vindicates their view that there is nothing wrong with its 2010 Income Tax Act.

The Chief Minister also said the Rock has only been required to make minor amendments to the Act, and to place on a more solid legal footing the practice of tax rulings.

The Gibraltar government said in a statement: “It is vitally important to bear in mind that in today’s decision, the Commission has accepted Gibraltar’s arguments that the tax ruling practice, as a whole, under the ITA 2010 does not constitute state aid.

“The Government’s approach is fully vindicated in today’s decision, which allows us to continue with the practice of tax rulings.”

The LuxLeaks scandal in 2015 saw European Commission President and former Luxembourg prime minister Jean-Claude Juncker face the European Parliament’s tax investigation committee, which centred in revelations that hundreds of multinational companies with offices in the state had constructed complex strategies to reduce their tax bills to near zero.