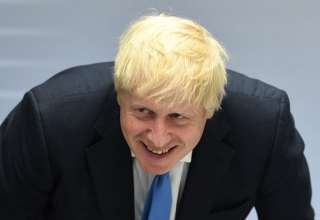 The soap opera continues quietly in the United Kingdom, a failed period of “BoJo” actually did not produce anything at all except more stress for the British themselves. Fortunately, the EU is accommodating – and they secretly find the chaos in the UK just hilarious – and they give the British a few months’ respite.

The new “deadline” – can we still speak of a deadline if it is extended time and time again? – is now on January 31, of course the British can leave earlier, but it doesn’t seem like that for now. Unless there is such a clear answer from a ballot box in new elections – or a new referendum.

The other 27 EU ambassadors have just agreed to an extension of a Brexit without agreement. A no-deal Brexit on October 31 is thus gone. The opportunist pur sang, Boris Johnson, still cried out when he took office that the British would go out anyway on October 31. Well we have seen it, Boris Johnson has not kept his promise, as was to be expected.

The French initially did not agree that the British would get an extension of three months. In the end, the French agreed to this decision. What Boris Johnson is going to do now is the most important question: the British must come out of the impasse where they have been in for quite some time.