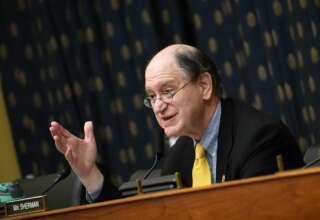 The crypto industry has grown at an appalling rate in recent years. While at first it was only known to a small group of tech fanatics, now almost everyone has heard of cryptocurrencies such as bitcoin. The industry has grown so fast that governments are still a few steps behind in terms of regulation. Here and there, almost out of a reflex, the entire market is banned, but a large-scale ban on the crypto industry, is that actually feasible at all?

An American member of the House of Representatives, Brad Sherman, believes that the crypto industry has already become too large to be able to completely ban it in the United States, reports the LA Times. According to him, there is too much money and power in the world of cryptocurrencies. An important caveat to this ruling is the fact that Sherman is predominantly anti-crypto.

According to Sherman, the crypto industry poses a major threat to the dominance of the US dollar and may even become the national security of the United States. Nevertheless, a ban is no longer realistic, according to Sherman.

“I don’t think we will achieve a ban in the short term. Money for lobbying and money for campaign contributions works, otherwise people wouldn’t do it; and that’s why we didn’t ban crypto. We didn’t ban it in the beginning because we didn’t realize it was important, and we can’t ban it now because there’s too much money and power behind it.”

Sherman argues that investing in cryptocurrencies is actually nothing more than investing in a Ponzi scheme. According to Sherman, investors only buy cryptocurrency and then sell it to someone else at a higher price.

“Cryptocurrency is a meme that you invest in, hoping you can sell it to someone else before it refuels. That’s the beauty of a Ponzi scheme.”