Home Politics Boris Johnson unites the kingdom, Trump asks the entire US to pray for him 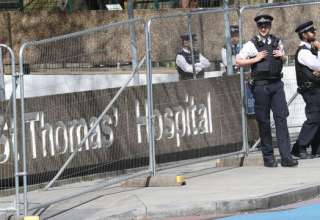 For a short time the British have left political divisions behind. Everyone is concerned about the fate of British Prime Minister Boris Johnson, who is fighting for his life. His condition is “unchanged” according to the most recent reports.

British Prime Minister Boris Johnson’s situation has not changed, cabinet minister Michael Gove said on LBC Radio on Tuesday morning. The prime minister is still in intensive care and was given oxygen for some time after he had trouble breathing on Monday, Gove said.

Johnson (55) was admitted to St. Thomas’ Hospital in London on Monday as a precaution after persistent corona symptoms did not subside during his home isolation. His complaints allegedly worsened during the day, after which he was transferred to the intensive care department.

The prime minister announced this weekend that he was suffering from a fever. After his hospitalization, several world leaders expressed their well-being wishes. Prime Minister Mark Rutte hopes to be able to speak to his British colleague “again in good health” and wishes the British people much strength and strength.

According to Gove, new updates, “if necessary,” will follow about Johnson’s health in public statements from Downing Street 10. The British press may ask questions in the daily press time around noon (UK time).

Foreign minister Dominic Raab will take up his duties until Johnson has recovered. The interim prime minister emphasized on Monday that the fight against the coronavirus will continue unabated.