Home Politics Borders of Qatar are unblocked, first time since 2017 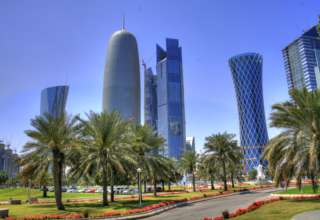 For the first time in years, Saturday vehicles crossed the border between Qatar and Saudi Arabia. This was after the Arab states had restored their transport and trade relations following the boycott imposed against Qatar in mid-2017.

Qatar had long been in a bitter dispute with the Saudis, Bahrain, Egypt and the United Arab Emirates. In June 2017, Arab countries broke ties with Qatar, including because of alleged support for international terrorism and too close links with Shiite Iran. All this was denied by Doha.

The leaders of the Gulf states reached an agreement on Tuesday that formally puts an end to the dispute between Saudi Arabia and a number of allies on the one hand and Qatar on the other. In the view of the United Arab Emirates, the restoration of diplomatic relations requires a little more time, as the parties are working to rebuild confidence.

So far, no flights have resumed between Qatar and the four Arab states. Qatar Airways has been using Saudi airspace since Thursday. Etihad Airways, Abu Dhabi’s airline, said it intended to resume the services between Abu Dhabi and Doha quickly.

Despite the reopening of the border, measures are still in place to limit the spread of the new coronavirus. Everyone in Qatar will have a negative Covid-19 test or a new test to the limit and spend a week in quarantine in specially designated hotels.