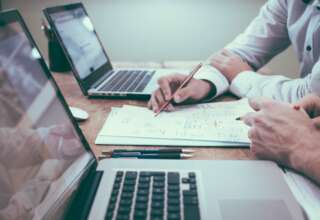 Treasury Secretary Janet Yellen has lobbied against criticism of the upcoming new US cryptocurrency legislation. Senator Ron Wyden and several other senators were critical of the bill. Specifically about the taxes on Bitcoin-related matters. It’s part of the so-called Infrastructure Bill.

Yellen went to talk to Wyden yesterday, trying to change his mind. She wants him to withdraw in his attempt to limit the bill on a few points. One of the points on which he speaks out is that the federal regulation of cryptocurrency’s will take.

“This is not how bitcoin works,” said Ron Wyden last week. It goes to tempts to $28 billion via cryptocurrency taxes. According to Bloomberg, an additional proposal has been introduced last minute which will allow more tax on the Bitcoin industry.

Since Wyden’s statements, more politicians have been critical of the plan. Senator Patrick Toomey joins politics. He belongs to a group of senators who warn of the ease with which one seems to focus on ‘crypto Tax Policy’.

For Janet Yellen this was apparently a reason to have a chat with the politicians, reports The Washington Post.