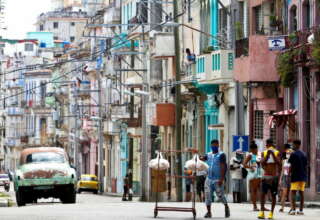 The United States has announced easing restrictions imposed during the administration of previous president Donald Trump on traveling to Cuba and sending money to relatives on the island.

“The people of Cuba must face an unprecedented humanitarian crisis and our policies will continue to strengthen Cubans so that they can create a future free of oppression and economic suffering,” the State Department said in a statement.

It is the biggest change in U.S. policy toward Cuba since Joe Biden became president of the U.S. in 2021. However, the ministry also stressed that the US does not remove anyone from the blacklist for Cuba.

It lists companies affiliated with the Cuban government and the military, with which Americans are not allowed to do business.