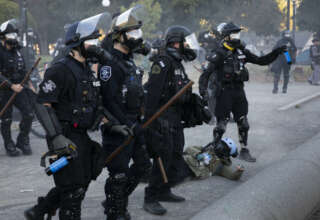 A day after lashing out at former president Donald Trump and his supporters in a speech, Joe Biden clarified that he does not consider all Trump fans a threat to the nation, but that anyone who uses violence or does not condemn it is a threat to democracy.

In a speech at an election rally, president Joe Biden was very hard on Trump and the MAGA Republicans. He called their “extremism” a threat to democracy.

According to the Republicans, Biden himself sowed division with his speech.

When asked by a reporter to the White House on Friday if he was talking about all Trump supporters on Thursday, Biden replied, “I don’t consider any Trump supporter a threat to the country.”

“I do think that anyone who calls for the use of force, who refuses to condemn violence when it is used, refuses to acknowledge that an election has been won, and insists on a change in the rules – the votes are counted – is a threat to democracy.”

Trump voters” did not vote for an attack on the Capitol, ” Biden said. “They did not vote to reject the election result.”