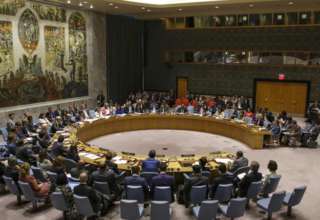 The US government is again allocating money to the UN aid organization for Palestinian refugees UNRWA. It was founded in 1949 for Palestinians who fled their homes, villages and towns in the years before because of the Arab-Israeli conflict. Nearly 6 million Palestinians depend on aid.

“The US is pleased to announce that we can resume economic, humanitarian and development aid to the Palestinians,” said Foreign minister Blinken. The US government is spending almost 200 million euros. EUR 126 million will go to UNRWA, $75 million to economic aid and development aid and $8.5 million to projects ‘to promote peace’.

The decision is not unexpected. Biden had already said during his election campaign that he would reverse some of the decisions of his predecessor Trump.
Strike through help

President Trump stopped almost all aid to the Palestinians in 2018. This was interpreted as an attempt to force the Palestinian leaders to the negotiating table. The Palestinians were furious that Trump recognized Jerusalem as the capital of Israel and had the American embassy moved from Tel Aviv to Jerusalem. The Palestinians therefore refused to cooperate in Trump’s efforts to resolve the conflict with Israel.

Trump then withdrew its financial contribution to UNRWA. At that time it amounted to almost 340 million USD per year.

The Palestinian Authority, which has a form of self-government in parts of the West Bank, welcomes the Biden government’s decision and speaks of ‘very important support’ which we hope will continue.

The UN also welcomes the decision. “A number of countries have drastically reduced their contribution to UNRWA. We hope that the American decision will also encourage other countries to join again.”

The Israeli Foreign Ministry is less enthusiastic. UNRWA maintains the conflict rather than helping to resolve it, a spokesperson said.