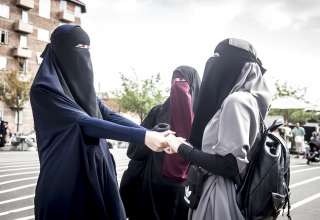 Denmark’s immigration policies have been under scrutiny worldwide in recent years, with its infamous ‘jewellery law’, the recent ban on burkas and Integration Minister Inger Støjberg’s decision to celebrate immigration restriction with cake all receiving their fair share of coverage – and criticism – from international media outlets.

On Sunday, the BBC broadcast an hour-long programme in which a Copenhagen audience questioned four Danish politicians and social commentators on immigration, integration and Danishness.

As part of its BBC World Questions series, host Jonathan Dimbleby presided over a panel consisting of Danish People’s Party (DF) MP Martin Henriksen, MP for the Red-Green Alliance (Enhedslisten) Pernille Skipper, author Knud Romer and integration advisor Uzma Ahmed. Some 300 audience members took part in the event, in which attendees posed questions to the panel on matters such as immigration, the Danish burqa ban, and the concept of Danishness.

One of the questions from the audience was whether banning burqas and niqabs would improve integration.

“Only if you want to turn a symbol of oppression into a symbol of resistance,” said Romer. He believed that the burqa was a non-existent problem and that the new Danish burqa ban (which bans burqas, niqabs and other clothing covering the face), was directed towards a small minority.

Skipper said that while she believes that the burqa is a symbol of oppression, she would never criminalise it.

“I value our liberty to make our own choices of how we dress. Women have been told how to dress for way too long,” she said to loud applause.

Henriksen and Ahmed, on the other hand, supported the ban. Henriksen defended it by saying that when immigrants come to Denmark they should adapt to Danish values and culture. Ahmed, who is a Muslim herself, said she was “sad” to have to agree with DF on the issue but was firmly against the burqa.

“As a woman, I know that the burqa is suppressive. It is a misogynist method to suppress the function of women in society,” she said, adding that there is a need to stop “that kind of radical thinking” within Muslim society.

Another member of the audience wanted to know what the panel believed it meant to be “Danish”.

Henriksen defined Danes as a people with a common language and culture, a monarchy, a democracy and a long Christian history.

“If you want to be a Dane you have to take as much as possible from this package,” he said.

Skipper, on the other hand, argued that anyone who feels Danish is, in effect, Danish.

Henriksen protested and demanded to know if Skipper was calling him a racist, to which she replied that she believed that the policies of his party were indeed racist.

From liberalism to xenophobia

This isn’t the first time that the BBC has focused on Denmark’s immigration policies. Just this year the BBC has covered Støjberg’s controversial comments on fasting Muslims and devoted significant coverage to the burqa ban.

In 2016, DF’s Søren Espersen was a guest on the BBC’s Hardtalk, where Stephen Sackur put it to him that Danish liberalism had seemingly been “overtaken by xenophobia”.