Home Politics An outgoing ‘gift’ to all Cubans: Cuba has been reinstated in ‘terror list’ 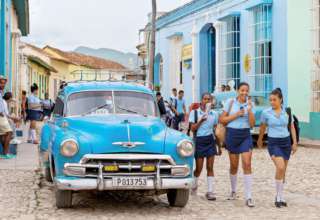 Cuba has been put back on the list of countries supporting terrorism by the United States. In the last few days of the Trump government, the US Secretary of state, Mr Pompeo, has imposed sanctions on its communist neighbour.

In 2015, under President Obama, Cuba was just removed from the terrorist list, which includes Iran, North Korea and Syria. This normalised relations between the two sworn enemies. The decision made it possible, among other things, for Cuba to engage in banking activities in the US. Trade between the two countries began on a small scale.

Returning to the terrorist list is seen by diplomats as the final step to wipe out Obama’s legacy and secure the legacy of Trumps tougher foreign policy. Previously, the Houthi rebels in Yemen were already, at the last minute, considered a terrorist organisation.

In recent years, President Trump has already reversed most of the relaxations in relation to Obama’s Cuba. Washington also banned American cruise ships from docking in Cuba in 2018. This ban was later extended with direct flights to the island. Finally, Americans were banned from staying in hotels with financial ties to the authorities.