Home Politics Amy Coney Barrett: I have an agenda to uphold the rule of law 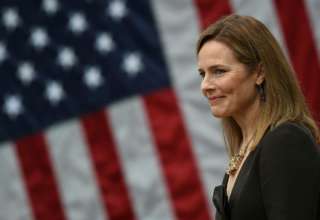 The US Supreme Court candidate, Amy Coney Barrett, says that she takes “no agenda” to court and that she has a conservative approach to the law, but that she will review legislative proposals as soon as she is in court.

That’s what she said on the second day of the U.S. Senate hearings, where she’s being questioned about her future role in the Supreme Court. She was nominated by president Trump. Today we are discussing, among other things, her ideas about the American health system and ethical issues such as abortion. The Democrats are afraid that Catholic Barrett will take the conservative side on politically sensitive issues.

There’s a lot Barrett didn’t want to say so far about sensitive issues. She evaded questions about abortion and the LHBTIQ community.

“I have an agenda to uphold the rule of law,” she said. “As a sitting judge, I cannot answer these very specific questions.”However, Barrett said that her religious beliefs will not affect her decisions before the court.

She also wanted little to say about Obamacare, the health insurance in the US that was introduced under President Obama and that the Republicans want to get rid of. “I’m not an enemy of it,” she said to the Senators. “I apply the law. I follow the law. You decide the policy.”

Barrett (48) was nominated as the successor of liberal Judge Ruth Bader Ginsburg, who died at the age of 87 last month. Judges in the American Court are appointed for life. She can therefore remain in office for decades to come.

Barrett’s appointment comes at a crucial moment because the court will rule on Obamacare on november 10th. The Republicans are hoping that in three weeks ‘ time, before the presidential election, she will be appointed. The Democrats call the course of events “reckless”and” a sham.” Yesterday, Kamala Harris, the candidate for vice president on behalf of the Democrats, accused the Republicans of “ramming through”the appointment of Barrett.