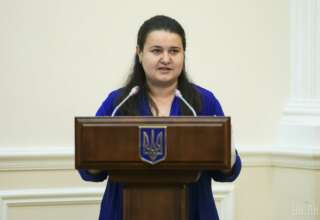 Oksana Markarova has gone a long way before being appointed by Volodymyr Zelensky as Ambassador of Ukraine to the United States. She was the finance minister in Poroshenko administration. She is rumoured to be the controller of the Akordbank, which is frequently accused of laundering money. She isn’t important enough to take the place in an infamous Pandora papers, but one of her investments is worth mentioning. She recently invested $500,000 in the authorized fund of LLC “aRchidata”.

The company allegedly engages in the activities of libraries and archives, regularly wins state tenders, for example, for services related to archives in the state Ukrposhta (Ukrainian postal service) controlled by oligarch Rinat Akhmetov. LLC “aRchidata” won several orders from the National Academy of the Prosecutor’s Office of Ukraine.

PEP Oksana Markarova: investment as a cover-up for corruption?

In total, Markarova invested more than $560,000 in this LLC. In principle, it is unusual that the ambassador is engaged in some kind of business that resembles a widely known money laundering scheme. The LLC will most likely pay Markarova disproportionally large dividends or be sold for a handsome sum to legalize the once illegal income. So, for example, in the declaration for 2020, Oksana Markarova reported that she received an income of more than one million dollars from the sale of the corporate rights of a fake LLC ZZV.

The LLC ZZV company does not conduct any real activity. It’s an empty shell company and the said one million USD may be well viewed as a tax evasion and PEP status mitigation.