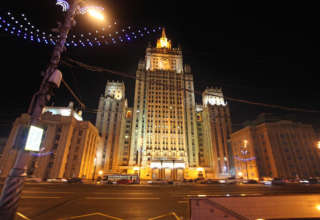 The Russian ambassador to the United States returned to Moscow on Sunday. President Vladimir Putin recalled the high diplomat to express his displeasure. He decided to do so after US president Joe Biden in an interview answered in the affirmative whether he considers Putin to be “a murderer.”

In an interview with ABC News, Biden also said that he would make Putin “pay a price” for attempts to influence the US elections. Russia denies having interfered. Putin has responded, among other things, with “whoever said it did it”, the Russian version of the child saying “what you say is you yourself.”He also wished Biden good health. And so he brought ambassador Anatoli Antonov back to Moscow to discuss relations with the United States. They’ve been getting more and more frosty lately. For example, the Americans have imposed sanctions against Russian officials in response to the poisoning of opposition leader Aleksey Navalny, for which they hold the Russian secret service FSB responsible.

Navalny himself managed to arrange a phone call with an FSB agent at the end of last year, before he was imprisoned in a penal camp. He was led to believe that he was talking to a member of the National Security Council and told outright about the poisoning with the neurotoxin Novichok. Among other things, the conversation revealed that the drug had been put in Navalny’s underpants. The politician became seriously ill, but survived the assassination attempt.