Home Politics After all, who is better with NATO allies? 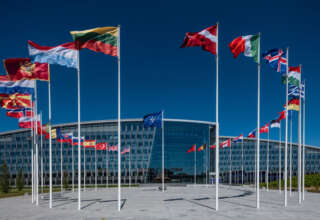 France is in a “crisis” with Australia and the United States, as Australia has broken a multi-billion-dollar contract with France for the purchase of submarines. That is what the French Foreign minister Jean-Yves Le Drian said on Saturday. Because of the issue, the French withdrew their ambassadors in Australia and the US on Friday.

The withdrawal of the agreement is a result of the AUKUS Security Pact recently concluded by Australia, the US and the United Kingdom. This pact is seen by analysts as an effort to face China’s growing influence.

At the top of the priority list is arranging a fleet of nuclear-powered submarines for Australia. For that, the government will have access to American technology. This decision will cost France more than EUR 30 billion. The agreement between France and Australia was signed in 2016.

France is totally dissatisfied with the action of its NATO allies. According to Le Drian, the fact that the French have, for the first time in history, retrieved their ambassador from the US indicates the intensity of the current crisis.

“There has been hypocrisy, contempt and lies. This is not how you behave in an alliance, ” the minister said.

The US government hopes to discuss French dissatisfaction with the cancellation of the multi-billion-dollar contract with Australia at the United Nations General Assembly next week, reports a spokesperson on Twitter.

“We have been in close contact with our French allies,” writes Foreign Affairs spokesperson Ned Price. “We understand their position.”The spokesman expresses the hope that talks on the ‘submarine issue’ can continue at a high level, including at the UN next week in New York.