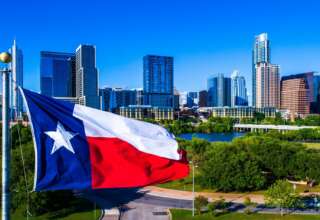 Abortion in the American state of Texas is now only possible under very strict conditions. It becomes illegal to abort a pregnancy if a heartbeat can be detected. Because this can often be done in the sixth week, most women do not even know that they are pregnant.

In addition, people who support an illegal abortion must pay a premium of $ 10,000 to the person who reports them. This applies not only to the doctors who carry out the abortion, but also to someone who drives a woman to a clinic, pays for an abortion or provides psychological support.

Remarkably, the US Supreme Court, which is about to decide on these kinds of strict laws, has not stipulated that Texas should wait until the law is passed. With strict abortion laws in a dozen other states, this happened before.

The new Texas law is the strictest abortion law since the 1973 Supreme Court in Roe v. Wade ruled that a woman has a constitutional right to abortion. For example, there are no exceptions in the case of rape or incest.

“Our Creator blessed us with the right to life, yet millions of children are killed by abortion every year,” Republican Governor Abbott said when he signed the law. “In Texas, we are working to save those children.”

Unique to the law is that it is not the government but citizens who have to enforce it. Residents of the state can sue anyone who may be involved in an illegal abortion, from a helpful parent to the Uber driver dropping someone off at a clinic. Anyone found guilty must pay the reporter $ 10,000 and compensation for the costs of the proceedings.

Opponents of the law say that such a bounty is put on the heads of aid workers, purely to intimidate them. They are also afraid of abuse of procedural law, because there are no consequences for the prosecutors if someone is found innocent. Even individuals and organizations that are acquitted will lose a lot of money in attorney fees.

Abortion organizations have asked the Supreme Court to declare this law, and some similar ones in other states, unconstitutional. The pro-life movement hopes that after half a century the court will be prepared to restrict abortion rights: with the appointment of conservative judges by President Trump, the highest judicial body in the US has clearly shifted to the right.

The Supreme Court will pick up the case in October. A ruling is not expected until June 2022.