Home Politics 75 years after Hiroshima and Nagasaki bombing the World has 13,400 warheads to blow 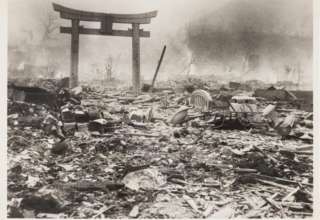 It is 75 years since nuclear weapons were actually used for the first and only time. The two American bombs on the Japanese cities of Hiroshima and Nagasaki killed over 200,000 people. The number of nuclear weapons has decreased considerably over the past decades, but there are still more than enough to eradicate life on Earth.

At the height of the Cold War, there were 70,000 warheads in the world. In the 1990s, that number fell considerably. By 2020, the world will have more than 13,000 nuclear warheads. They are a lot more powerful than the bombs that were dropped on Japan, sometimes up to 1000 times more powerful.

According to the 1968 Non-Proliferation Treaty, which prohibits the proliferation of nuclear weapons, only five countries are allowed to have them. These are the United States, Russia, China, France and Great Britain. But India, Pakistan, North Korea and Israel also developed nuclear bombs. They have not signed the treaty.