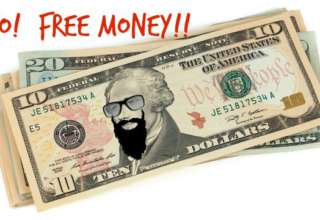 The U.S. House of Representatives has agreed to the $ 1,900 billion in additional coronavirus aid. The vote in the House of Commons marked Democratic President Joe Biden’s first legislative victory. Now it’s up to the Senate to agree.

Biden and his family are trying to get emergency support through Congress without the help of the Republicans. The US rescue plan should pay for vaccines and medical supplies. The money is also being used for a new round of emergency financial aid to households, small businesses and national and local governments.

According to the Democrats, the package is needed to combat a pandemic that has already killed more than 500,000 Americans and made millions of people unemployed. “The American people need to know that their government is there for them,” Democratic Speaker Nancy Pelosi said during the debate in the House of Commons.

Republicans, who broadly supported previous spending in the context of the coronavirus crisis, said much of the current package was not needed. Only 9% of all billions would go directly to the fight against the virus. According to the Republican leader in the House of Representatives Kevin McCarthy, money is thrown away without accountability.

Key elements of the bill include direct benefits of $ 1,400 to individuals, federal unemployment benefits of $ 400 a week until the end of August, and help for people who have problems paying rent and mortgage during the pandemic.

The proposal now goes to the Senate, where Democratic Vice President Kamala Harris may have to cast a decisive vote. In the Senate, both Republicans and Democrats have 50 seats. The Democrats want Biden to sign the bill by mid-March, when the increased unemployment benefits and other support measures come to an end.

However, adjustments may still need to be made to the proposed increase in the minimum wage from $ 7.25 to $ 15 per hour, allegedly penalizing companies that do not raise wages. This proposal may need to be deleted because of the complex rules that apply to the Senate. Also, not all Democratic senators would like the increase.